The only building that remained from the former town Zahrádka, before the village was flooded during the construction of the reservoir Želivka (Švihov) in 1965-1975. Vitus. It was preserved because of the finds of Přemyslid architecture from the 12th century and murals from the beginning of the 14th century, which probably depict members of the reigning Přemyslid dynasty with their wives. 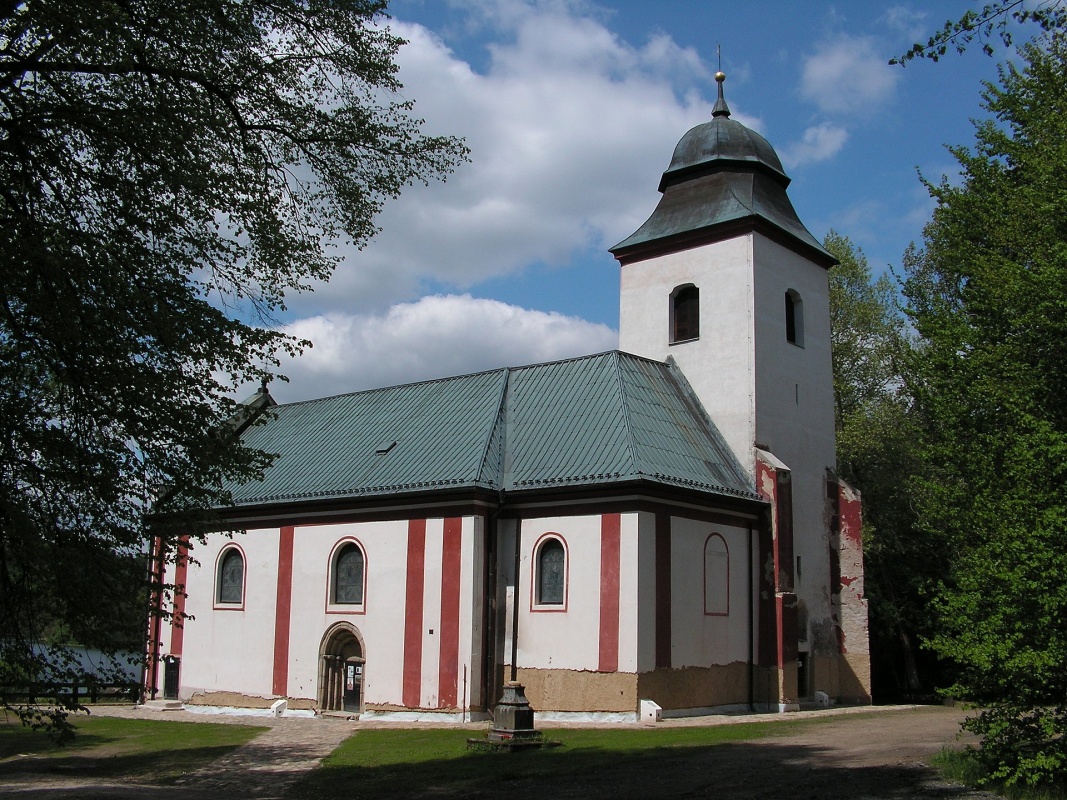